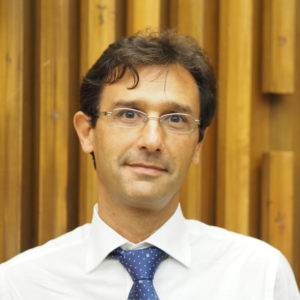 Chartered Accountant and Chartered Auditor, after some experience as tax and corporate advisor, joined the E&P sector as Finance Manager of Northsun Italia S.p.A.

After a two years break in the Canary islands (Spain), where he founded and directed an importer and seller company of solar energy systems, in 2007 has been appointed Finance Manager in Irminio Srl, of which he became Managing Director in 2017.

From 2018 is Board Member of “Energia Nazionale” Association, made by a number of O&G companies with an eye to the energetic transition.

Italian mother tongue, fluent in English and Spanish, he has completed his formation with an executive MBA at LUISS University in Rome in 2016.