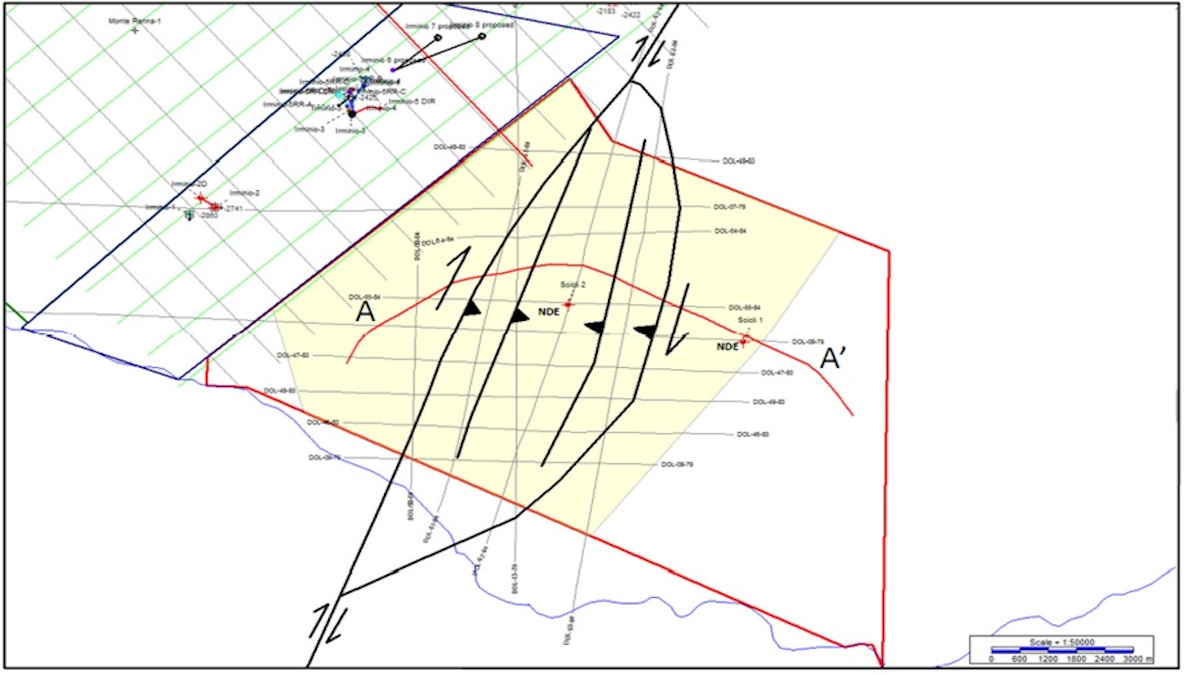 The exploration Permit Scicli is located in the Sicily region in the municipality of Ragusa where it extends for 96 Km2. 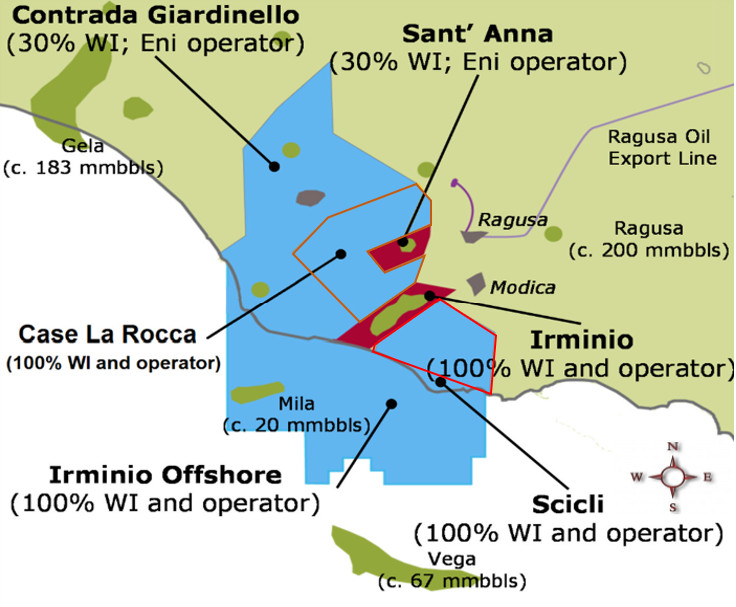 The Permit area is well known since 1953 thanks to the activities of Gulf Oil Company and MEDCO, with the drilling of Comiso 1, Comiso 2, Rocca 1 (oil recoveries) and it is located near the Tresauro, Ragusa and Irminio Oil Fields. The Permit was granted for the first time to AGIP (now ENI) in 1960 following a 2D seismic survey and the drilling of 4 wells at the depth of 3000 m. The wells Scicli 1 and 2 recovered traces of oil.

In 2016, based on the reprocessing and reintrepretation of some 2D lines, a geological structural study was carried out leading to the identification of a transgressive structural high with a “pop-up” geometry, favorable, considering its position in relation to the source rock, to be charged with hydrocarbons.

The main reservoir is represented by the Triassic limestone-dolimite sequence of the Sciacca Formation, and secondly by the bioconstructed limestones of the Mila Formation (mineralized with 32° API oil in the nearby Irminio field).

In 2016 the V.I.A. application was submitted in order to obtain the environmental permit for the acquisition of a 3D seismic survey over an area of 70 Km2 to reduce the future exploration risk of the area.