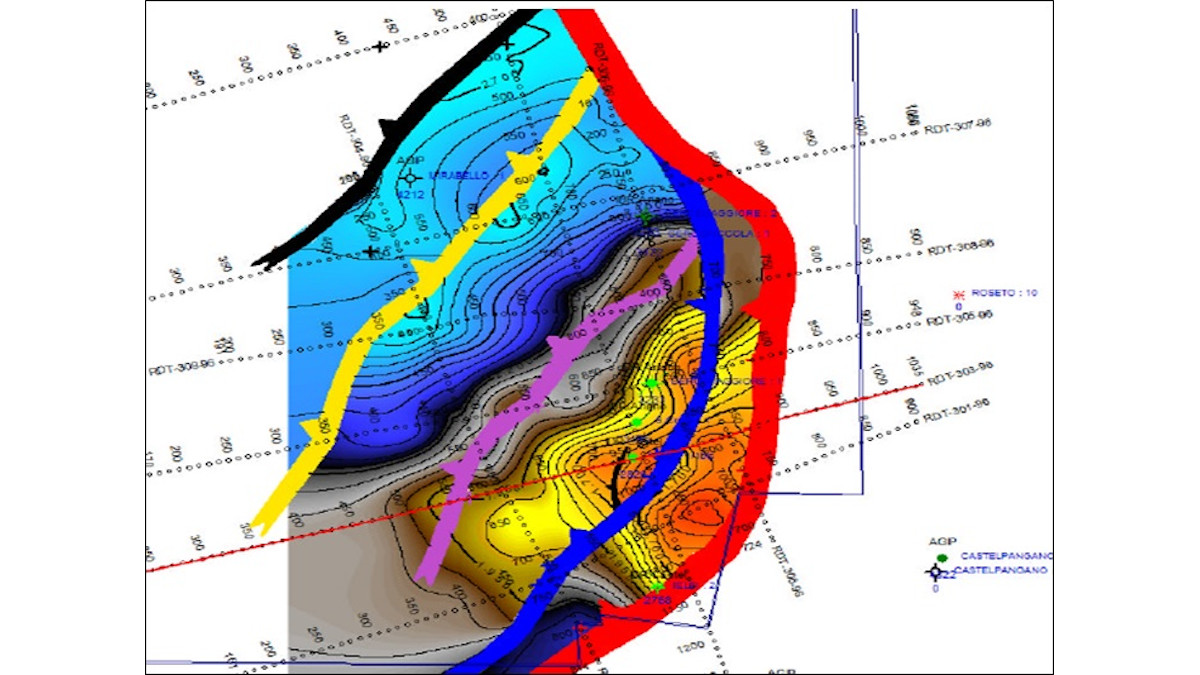 The Santa Croce Exploration Permit is located in the Molise and Campania regions within the provinces of Campobasso and Benevento with an extension of 745,60 Km2. 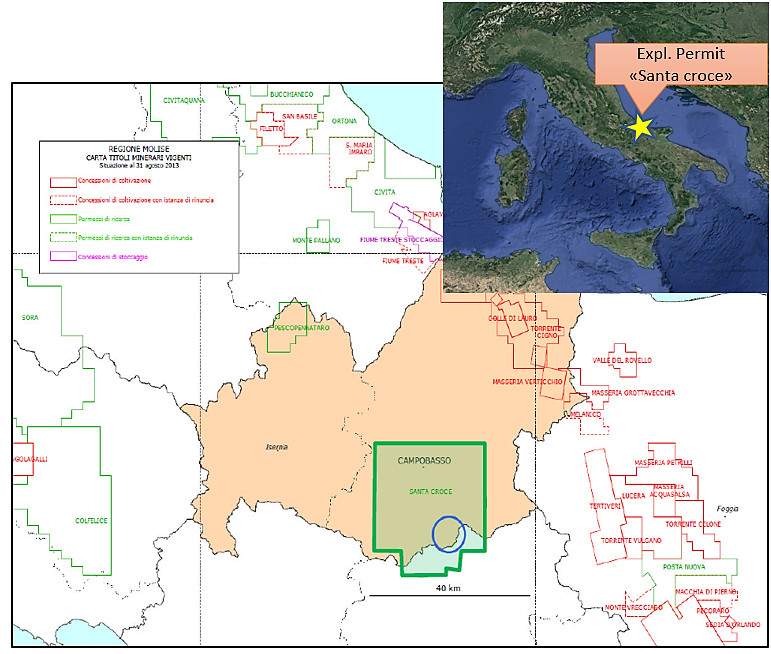 The exploration of the area began in 1969 with the drilling of numerous wells including Santa Croce, Cercemaggiore 1 – 2, Jelsi 1-1 bis and the wells of the Benevento-Castelpagano field which recovered and produced oil 38-45° API.

The main target is represented by the fractured limestones of the Frosolone-Bacino Molisano Dogger-Triassic in age, in a structural trap of an anticlinal type over the S. Croce-Jelsi field and secondly by the carbonate dolomite units of Apulian Platform in the Benevento-Castelpagano area.

A V.I.A. application was submitted in 2016 for the acquisition of a 3D seismic survey (87 Km2) to improve the seismic image quality and evaluate the additional oil potential in the structurally higher position of the S.Croce – Jelsi-Cercemaggiore field.

The purpose of the research is also the oil potential of the traps located in the strike-slip and thrust zones  in the Units of the Apulian Platform, as in the nearby Benevento field