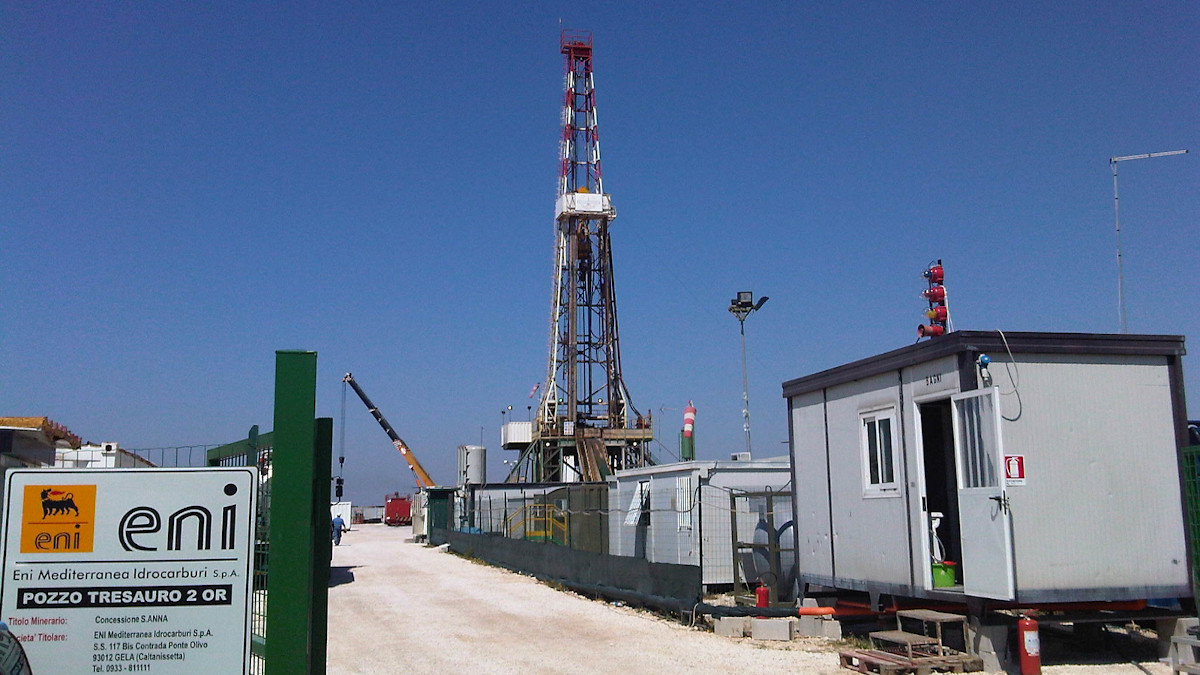 The Sant’ Anna production Concession is located in the Sicily Region and it extends in the Ragusa province for 22.23 Km2. The exploration activities of the area were carried out since 1980 by Anschutz, which was first granted the Tresauro Permit, and then subsequently transferred the permit to the current Joint Venture partners Irminio, Enimed and Edison. The entire area is covered by high resolution 3D seismic surveys acquired between 2001 and 2006 (Tresauro 3D and Tresauro 3D Sud). 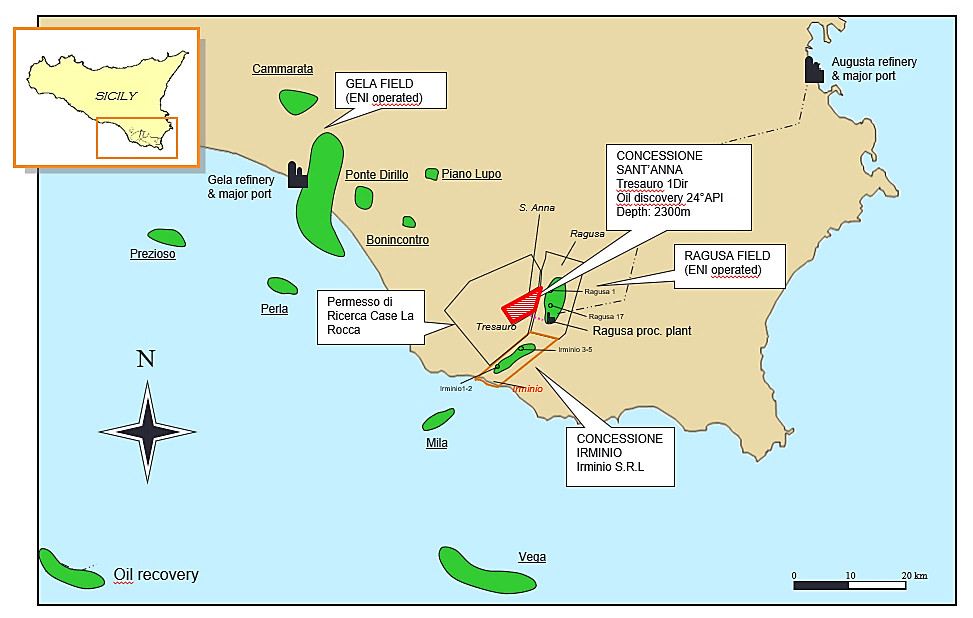 The Tresauro field was discovered in 2004 with the Tesauro 1 Dir exploration well which recovered 24°API oil in the fractured dolomitic levels of Sciacca Formation (Triassic age).

Production began in 2009 with Tresauro 1 Dir well in Long Production Test mode. In 2005, following the discovery of the field, the J.V. obtained the ownership of the Sant’ Anna Concession to develop and establish production from the field.

A reservoir study based on well data and seismic reinterpretation, was conducted, leading to very encouraging results for the development of the Sciacca reservoir.

Between 2011 and 2013, three sidetracks were drilled (Tresauro 1 ORA, 2 OR and 3 OR) to increase field production. The Tresauro 2 well is currently on production. To date the Concession has produced cumulatively 12.9 MMbbl.

In 2018 the dynamic field model was updated by the operator (ENI), with the aim of assessing the opportunity for overall field recovery operations. In 2020 a workover is planned to restore the production from the Tresauro 3 OR well.

Oil and gas are sent from the Tresauro field via pipeline to the nearby ENI Ragusa Oil Center where the oil is processed for export and the gas used in a co-generation electrical generation plant.