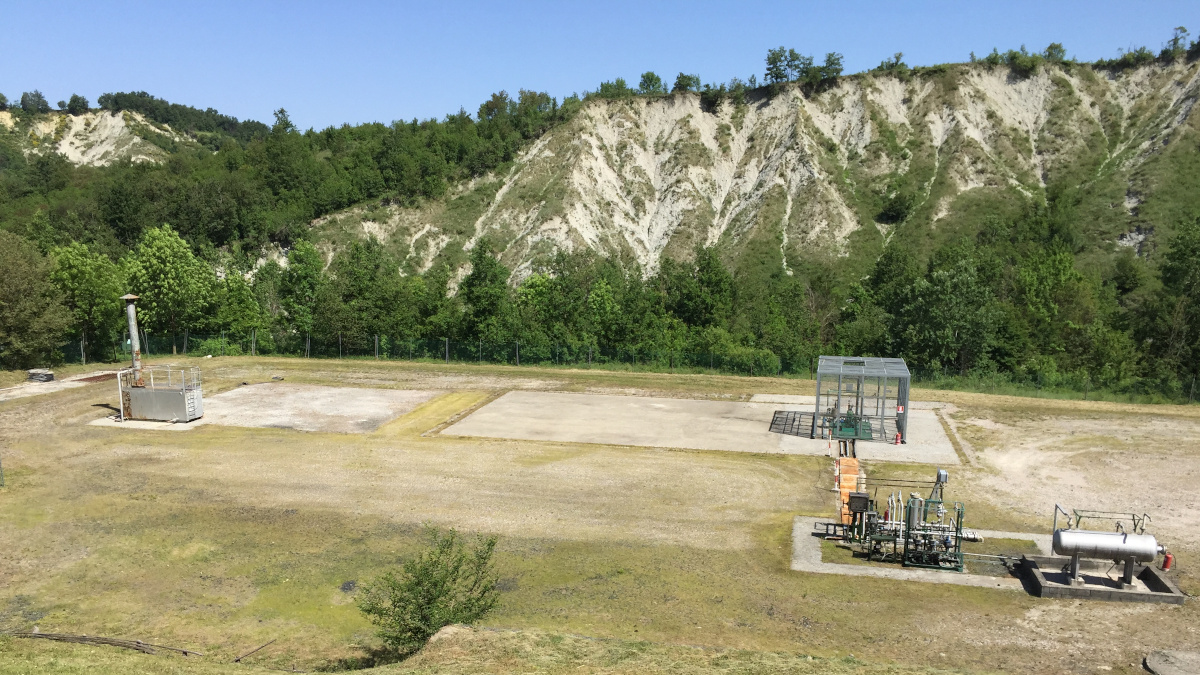 The Monteardone production Concession is located in Emilia Romagna in the Parma province between the Taro river and the Parma torrent. 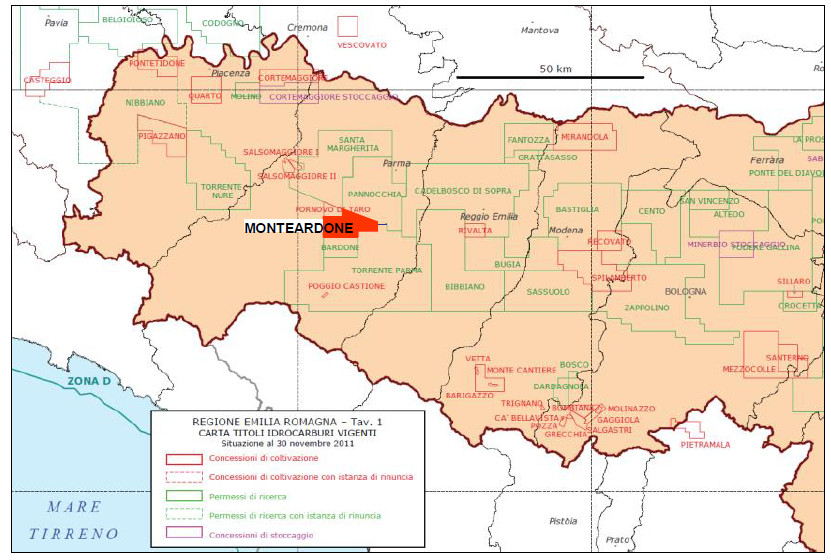 The field was discovered in 1995, a total of 5 wells were drilled of which the Torrente Baganza 1 (TBA-1) and TBA-2 wells recovered gas from turbiditic sandy levels of the Marnoso-Arenacea Formation at depth of 1500-1600 m Ssl (Serravallian age).

offshoots of the Northern Apennine overthrust.

At present the Torrente Baganza 1 well is on production. The cumulative production of the Concession reached 700 MMscm.

In 2018 the field reservoir model was completed to evaluate the recovery of the residual reserves, the estimate of which is a total of compression reserves equal to 88.8 MSm3 of gas.